Each October. brings a level of anxiety and grief that continues to blind side me, even in the fifth October since finding a lump in my breast. Maybe its the total pink out and all the “pink” events, maybe it’s the fact that October was the month in 2017 where scans and biopsies determined that the lump was in fact cancer, and an especially aggressive type know as Triple Negative Breast Cancer (TNBC). The month of changing leaves and cooler temperatures full of pumpkins and warm beverages is a trigger I never quite see coming.

TNBC is a type of breast cancer that has no fuel source, as I like to say. It has no hormone receptors or HER2 protein fueling the growth of this type of cancer. And because of this lack of a fuel source, currently doctors have to kill it dead with chemotherapy to keep it from spreading. The upside to my diagnosis – its an automatic trip to chemo. This means my doctors opted for chemo before surgery and because of that I know that the eight rounds of dose dense chemo over 16 weeks I endured WORKED. Six months after my breast cancer journey began surgery would reveal that the tumor was gone, and the margins of tissue around it were clear, as were the three lymph nodes in my underarm they removed. NED – no evidence of disease.

My treatment also included 21 rounds of radiation after surgery and as Memorial Day weekend 2018 rolled in, treatment was over, I was done. My life could go back to normal, except with a cancer diagnosis your old normal never returns. I suspect Covid has taught more folks this painful lesson. Once treatment ends, the terror is second only to the day of diagnosis. What now? Wait, hope, pray, freak out over every headache, every twitch of a nerve – all of the above. Am I dehydrated or is my cancer back? How long has my neck had that weird pain? Why are my eyes doing something funny? Where’s my memory?

I was lucky! While the stress and anxiety of enduring a cancer diagnosis and its daunting treatments will never quite leave me, I found my cancer early. It was stage 1b – invasive ductal carcinoma – in plain language that means the lump started growing in a duct in my breast and became invasive when it broke through the wall of that duct – it spread outside the containment area of a duct. A fine needle biopsy determined I only had a micrometastasis to one lymph node therefore giving my stage 1 diagnosis a little b to go with it. Because I found the lump early it was 1.7cm which also kept me in stage 1. The five year survival rate for early detection that is still localized is 91% – I was in best case scenario territory. Early detection, plus a great response to chemo meant the chances of my TNBC returning were slim and now that I’ve passed the 3 year mark, the chances are even slimmer.

TNBC mostly affects young women and is more likely to affect Black and Latino women. Women of color often face great barriers to early detection and quality medical care. I found my lump, went straight to my trusted doctor, located in the medically rich Triangle and was on a fast track to a world of cancer and genetic testing. I trusted my medical care providers because the medical system has always worked for me, an upper middle class white woman with a college education. What about women who the healthcare system has failed many times in the past? How do they handle finding a lump or do they find the breast lump at all because they don’t have convenient access to regular mammograms or the knowledge to know the importance of a regular mammograms.

I never wanted to be a cancer spokesperson. I wanted to get through treatment and get on with my life. I learned the hard way that’s not how it really goes and yet, breast cancer, TNBC specifically, has been a strange blessing. It happened to me, the unimaginable and I can’t do anything about it, but I can do something with it. That’s why I believe in the natural connection between the JLR and the Kay Yow Cancer Fund. It has nagged at me for almost four years now that Black and Latino women are more susceptible to one of the most aggressively growing breast cancers and that they may not have the access or the ability to find it early. Why is that? What more can be done? Cancer sucks no matter your skin color.

Four years ago next month, I began chemotherapy. sat in an infusion room every other week among many black women with the same diagnosis as I, only theirs more advanced. They were there week after week, getting the same drugs pumped through their veins as I, and they had an additional drug, reserved for later stage patients, that added an additional layer of side effects. I was lucky I didn’t have to endure this extra therapy. My cancer was found early. 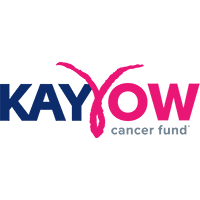 The Kay Yow Cancer Fund, a major donor to women’s cancer research, for years, is focused on serving the underserved. They have identified a new focus – Triple Negative Breast Cancer and the underserved populations most likely to develop this aggressive cancer. Here’s what they plan to do, and I’m excited to be a part of it.

I invite you to join me in supporting the Kay Yow Cancer Fund with your time, your voice and your resources. The annual Celebration Run/Walk will take place February 5, 2022 and it takes all of us to work together to insure each of us has equal access to early detection and education around breast cancer and that research be funded so that this aggressive cancer can be treated with higher survival rates in later stage diagnoses.